I know males that want to hang around females not to get into their panties but to just remain good friends because they enjoy one another’s company and that is normal. But you have some who don’t get too close to a female because of what their male buddies may think.

Some guys feel that if a guy hangs around a female all the time and even spends money on her without getting any sex from her he’s a punk or he shouldn’t be around her.

That makes no sense to me but that’s just my point of view. Before you’re a male or a female you are a human being so what does gender have to do with how you regard someone in a friendship?

Well honestly i don’t have any male friends, though i have male classmates, schoolmats, or relatives. I hope when i start working, i will make friends with some guys.

I totally agree with what you are saying. Some of my best friends are guys. It shouldn’t matter what gender your friends are as long as they are good friends. I know alot of people, even guys, who think that having friends of the opposite gender is a good thing becuase you can get into the mind of the other gender. 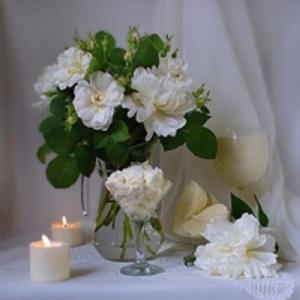 A lot of people love their pets. I had a dog that i had for seventeen years, ever since she was a puppy. Her name was Brandie and she was a mixed breed.

My collie’s shepherd genes were stronger and her legs gave out so i had to put her down.

I always remember how she wasn’t an ordinary animal. There are those dogs that only come around once in a lifetime. Those animals who are just as human as we are.

I had quite a few dogs growing up but none were intelligent as Brandie.

She knew and could feel things the way i did. It was in her behavior. She still did the same things that a regular dog often does just in her own way. My Brandie was psychic, she helped me out a lot when we were together and she now visits me in my dreams.

I think about her almost every day. How she always did things in her own special way. I miss her. I want to kiss her. I look forward to the day when i will reminisce with her.

We are still together as she comes back to me during times that i dream. And we continue to be forever communicating our messages throughout every scene.

We share a bond that no one can break and we have a love that no one can take. Indeed there was no mistake how fate gave then made us powerful enough that we could relate. We were made for one another. We worked so well for each other.

There is an absolute connection. A source of my protection. And a day never goes by where i don’t understand why. She is one of my angels up in the heavens, one of the loyal spirits around me guarding my life.

I recognized what she was while she was down here on this earth and would be a fool now not to know how much more she is really worth.

When i was about five or six years old i met a nice girl in my first grade class. She looked like a little old lady as she’d wear her glasses and carry her tote book bag in the crease of her arm.

Before school would end, mostly everyday our class would spend the last ten to fifteen minutes in the auditorium with the lights out watching brief segments of educational films. We’d sit our little behinds in the front row seats all the time then sneak out a notebook from our bags to check one another’s school work.

If we saw an “x” marked where there should have been a “check” we’d playfully slap each other on the hand and say “bad girl!” That took place back in 1980 or 1981 and it was a more innocent time to grow up compared to now.

About The Early Internet Diary Days:

A resurrection of all my interesting and real life experiences, knowledge, spiritual adventures, and truths from when I first came onto the online scene back in the year 2006 from the archives (over one hundred-twenty posts!).

Of course, I have grown and advanced even further since then.

I loved delving back and having memories to save, capture, and remind me of my moments just as pictures and videos often do. I adore and treasure all of my self written post.

Blogs are so great in so many ways for a writer and a creator!

My written posts have long life and have ongoing relevance regarding life in general and in distinct.

Blog Promotion “For The Love Of Blogging”